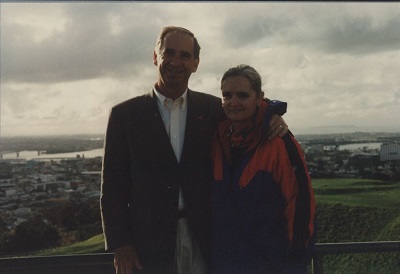 Judson Taylor served as the 9th President of SUNY Cortland from 1995-2003. Taylor helped establish a number of new programs while at the same time was known for his ability to raise money for the institution. Taylor established the CURE (Cortland Urban Recruitment of Educators) Program, the College President’s Philanthropy Medal, and helped create new majors at the College through the use of $1.75 million Title III Grant, which also helped produce new technology in the classroom. Taylor oversaw the renovation and reopening of Old Main, brought in the Empire State Games to compete at Cortland, and was inducted to C-Club Hall of Fame in 2003 for his support of the $18 million Stadium Complex project. He was also president during the devastating 9/11 attacks on the nation.

This collection includes a number of photographs of Judson Taylor, including his wife Elise, Hilary Clinton, and other special events on campus. It also includes documents relating to his inauguration and retirement.