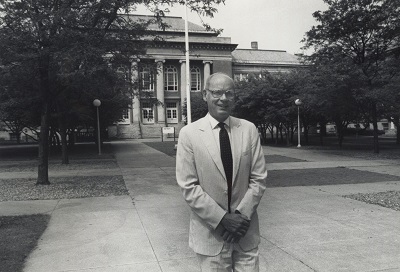 Dr. James M. Clark served as the 8th President of SUNY Cortland from 1979 until 1995. Clark earned his BA in Social Studies Education and doctorate in Political Science from the University of Michigan. Clark faced an unparalleled budget crises. President Clark was most known for developing international educational partnerships. The International Studies Program was named in his honor in 2005.

James Clark has an oral history interview available on Digital Commons as well.